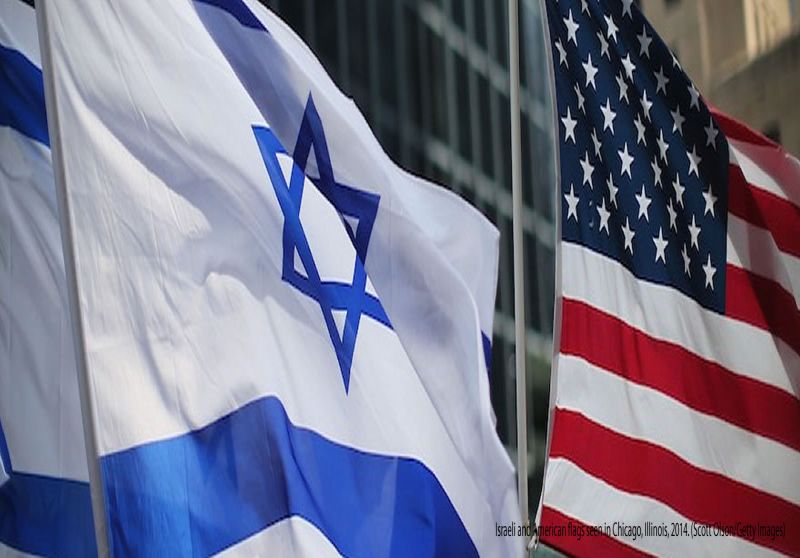 In a study headlined “Americans remain staunchly in Israel’s corner,” the Gallup company published the findings of a major national poll that found backing for Israel among Americans remains extremely high, with some measures of support matching the highest previously recorded figures.

“Americans’ stance on the Israeli-Palestinian conflict is as strongly pro-Israel as at any time in Gallup’s three-decade trend,” the polling research company said in the report, published Tuesday.

Fully 74 percent of American adults have a favorable view of Israel, while 23% have an unfavorable view. That’s the best showing for Israel in 27 years, since 1991’s 79% as Israel was battered by Iraqi missiles during the Gulf War.

Yet, the figures varied dramatically depending on political affiliation. Support for Israel is at 83% among Republicans, 72% among independents and 64% among Democrats.

The Palestinian Authority does better among Democrats, at 27%, than among independents (21%) or Republicans (12%).

It’s not all bad news for the PA, however: “This is the second consecutive year its favorable rating has been above 20%, after six years of readings below that level,” Gallup said. 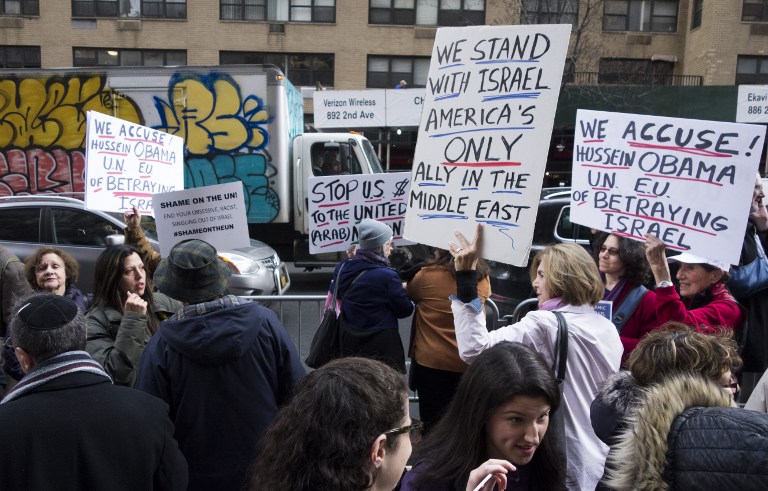 Pro-Israel supporters rally on January 12, 2017 in front of the French Mission to the United Nations in New York. (AFP/Don Emmert)

The study measured not just support for Israel or the PA generally, but asked where Americans’ sympathies lay in the context of the Israeli-Palestinian conflict.

Nearly two-thirds of Americans, or 64%, say they are more sympathetic toward the Israelis than the Palestinians — “tying the high previously recorded in 2013 and 1991,” Gallup noted.

Backing for Palestinians is at 19%, a six-year high as well, equal to 2012’s survey results. The figure ranks “among the highest percentages favoring the Arab side of the conflict” since 1988, when Gallup measured 15% sympathizing more with the Palestinians than the Israelis.

Gallup also found that Americans seem to be taking sides in the conflict as never before, with fewer than ever, just 16%, responding with “both,” “neither” or “unsure.” That’s down from 23% in 2013.

Democrats’ sympathy for Israelis, at 49%, is slightly higher than last year’s 47%, but lower than the 58% Israel enjoyed in 2014 amid the last conflict between Israel and Hamas.

Even so, Gallup noted that a trend line from 2001, when 42% of Democrats sympathized with Israel, shows a modest average rise over the years, with a modest decline since 2014’s high.

Independents sympathize with Israel at a rate of 59%, a figure that has held generally steady since 2008, when it was 58%.

When it comes to finding a path toward peace between the parties, Americans favor Israel by a two-to-one margin. According to the survey, 50% of Americans believe the US should pressure the Palestinians more, while 27% think the Israelis should be pressured more, figures mostly unchanged since 2013.

The poll was conducted among a random sample of 1,044 US adults in all 50 states and Washington, DC, between February 1 and 10, and has a margin of error of four percentage points at the 95% confidence level.

One of the greatest things in the Jewish world is l'dor v'dor, from generation to generation. God Has My Back aims to strengthen Jewish identity, build a lasting bond with the land and people of Israel, and reinforce the solidarity of Jewish people worldwide. Our goal is to make every Jewish person Proud, to share and help every person in need.